I've discovered a new "old" artist; French artist, Odilon Redon. I saw several paintings over the weekend at the Colorado Springs Fine Arts Center and fell in love with his work. In Redon's younger years, he was an unhappy person and would do spectacular drawings of the macabre; spiders with the heads of humans was a favorite subject, making him a sort-of "Edgar Allan Poe of painting". Redon married later in life at the age of 40, became a father, and lived happily ever after. His search for life's meaning set him on a spiritual path through the studies of Hinduism and Buddhism. I can't think of an artist who better reflects this "change" of heart....his early work is so dark and desperate, these later examples, very light and cheerful. This book about Redon is available in most public libraries and also in The Museum of Modern Art shop in NYC. "Health, learning and virtue will ensure your happiness; they will give you a quiet conscience; private esteem, and public honour."
-Thomas Jefferson
Posted by Thea at 11:03 AM 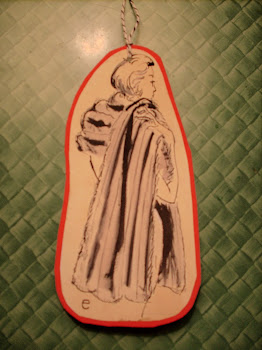 Thea
I'm mixing it up. Glad you stopped by!

This is a Flickr badge showing public photos from thealavigna. Make your own badge here.

Some of my favorite places in COLORADO:

Some of my favorite places in SANTA FE:

Some of my favorite places in NYC: